I’d like to announce the publication of my new book Ziran: The Philosophy of Spontaneous Self-Causation. Targeted specifically at students, this book takes a key concept form early Chinese metaphysics—ziran 自然—and applies it to several fields of contemporary scholarship.

The first chapter analyzes ziran in an early Chinese context, specifically Daoism, and compares it with related concepts in the Western tradition, such as physis in Aristotle and grace in Schiller. Finding the Western conceptions significantly different, it concludes that the Chinese notion is unique and can therefore provide a unique perspective on related issues in the Western tradition.

The second chapter takes the analysis of chapter one and explores its implications specifically for the notion of spontaneity, which has received mutually contradictory explanations in the Western tradition. What I call the “paradox of spontaneity” is illustrative of a core problem in traditional philosophy of action. This problem is resolved by introducing the notion of self-organization to philosophy of action from the natural sciences. Students may find the problem of the possibility of natural action particularly stimulating (if human action is non-deterministic and natural motion is deterministic (as traditionally conceived), is natural action ever possible?).

The third chapter takes the notion of ziran into the field of cognitive psychology, where we find that attention is commonly defined as effortful. If Daoists viewed attention in skilled action as effortless (as chapter 1 demonstrates) and psychologists view attention as necessarily effortful, one side must be wrong. This chapter demonstrates how the key Daoist notion of ziran can enrich, actually has enriched, a key theory of current psychology.

The final chapter takes the notion of ziran and applies it to two aspects of current aesthetics. Drawing specifically from the rich tradition of calligraphy in China, it identifies a new category of art—namely, the somatic arts, which are defined by the action of the artist being apparent in the finished art product. Calligraphy exemplifies this, and so do dance, acting, musical performance, and some paintings, such as Jackson Pollock’s drip painting. From there, improvisation is explored, and it is noted that many different definitions of “improvisation” co-exist and compete. An attempt is made at clarification and disambiguation by creating a taxonomy of improvisation. Finally, a graph is introduced, which traces two core dimensions of action within an activity–form and syntax, offering a dynamic perspective from which to assess action within any specific domain, including improvisation.

By exploring a specific concept from Chinese philosophy as applied in contemporary philosophical contexts, this book offers a unique opportunity for students to engage in high level, wide-ranging comparative philosophy in a simplified, but not simplistic, package. 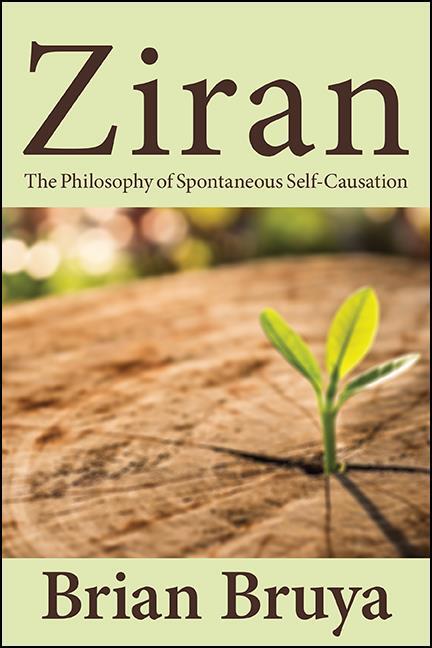